Do you co-sleep reluctantly or fearfully?

I co-slept with my daughter when she was newborn, i did it because she wasn't always keen to settle in her Moses basket at first and i was exhausted...I’m glad I did it and I’d do it again ( if i had another baby) I’m convinced its why she was such a good sleeper and sleeping through by 8 weeks ( although that wasn’t my intention.)

I’m not your average sleep consultant, I don’t believe rocking/feeding/cuddling to sleep are bad habits. ( but i do think if you use these methods to settle them exclusively you could face some challenges later if you want to stop click here to read more)  I co-slept and breastfed on demand and still got my daughter sleeping through the night relatively early on ( 8 weeks old - click here to read up on how i did it!)

Many of the mums I  meet confess to me that they co-sleep when they find out I’m a more holistic gentle sleep coach, its something they often won't admit to anyone outside of their circle because of the bad press that co-sleeping often gets. 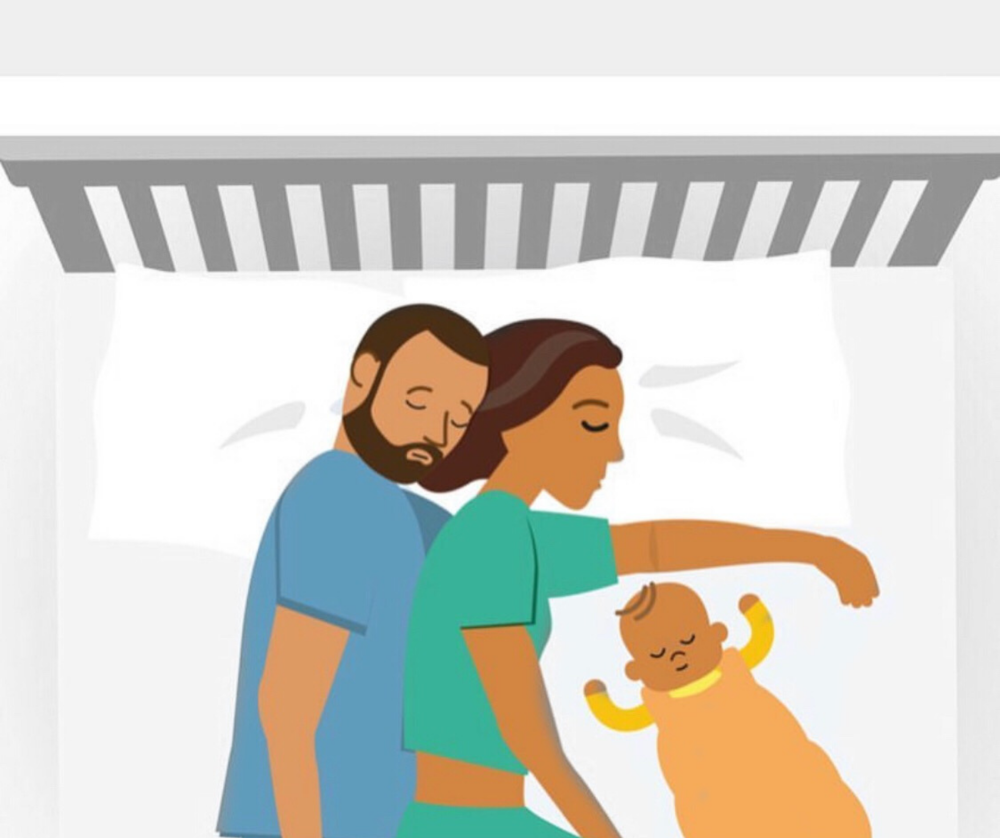 I wanted to share some info on how to co-sleep safely as recently I’ve seen discussions on the social media that prove there are many misconceptions about co-sleeping.

It’s not true that co-sleeping is dangerous & putting a baby at risk, there are ways to co-sleep and do so safely.

Many baby sleep experts or well-meaning individuals say that co Sleeping is unsafe & shouldn’t be practised..... but I think sharing this type of information with sleep-deprived parents is quite unhelpful. Many parents co-sleep to save their sanity as well as their sleep and often lie about doing so, worried they will be judged by other parents, scolded by healthcare professionals or the like or that if they co-sleep with their children as babies they’ll never get them out of the parental bed.(that another post for another day) ⠀Lots of parents co-sleep by choice, others by default, it's easier to co-sleep as a way of managing frequent night wakings with their little ones.) ⠀⠀

For a lot of parents across the world in places such as Japan,   (Middlemiss, Kendall-Tackett, 2014) co-sleeping with their infants is the norm. Whereas Western & industrialised cultures tend to favour infants sleeping separately.

There are safe ways to co-sleep contrary to popular belief or opinion. In fact in cultures where bedsharing & breastfeeding are the norms the rates of children dying from SIDS are considerably lower (Lee et al., 1989) and research has also found that breastfeeding mothers who co-sleep get more sleep than mums who bottle feed or mums who exclusively breastfeed but don't co-sleep (Quillin and Glenn, 2004) 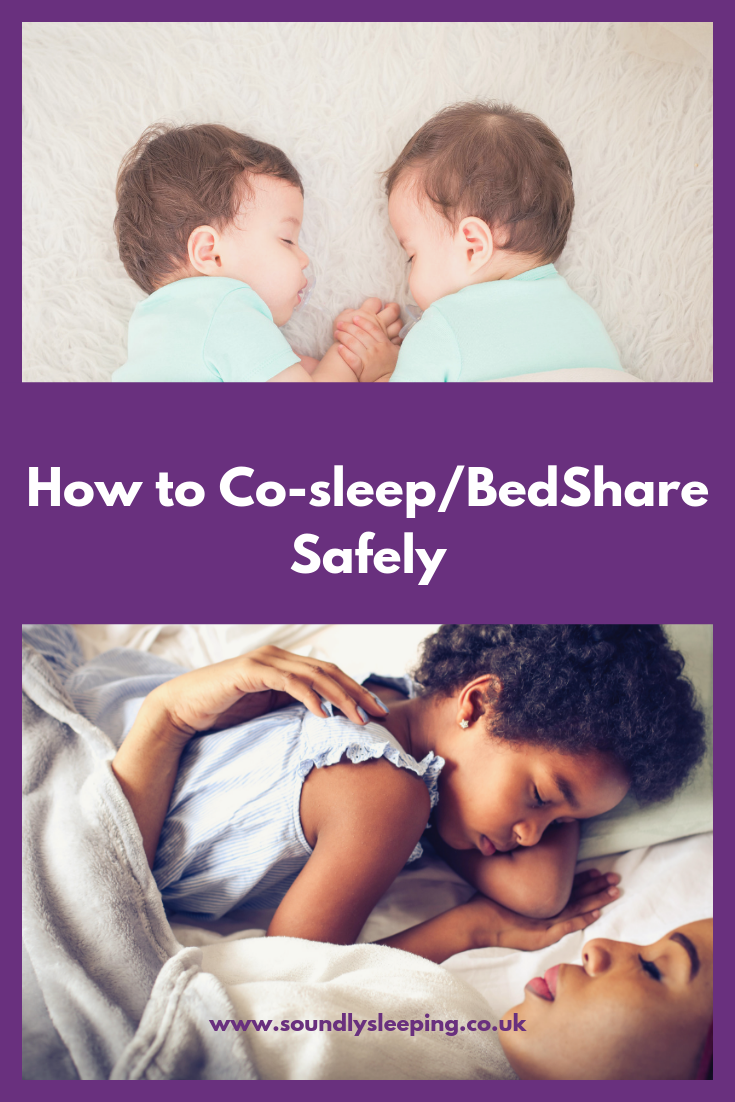 Want to cosleep but worried it could be dangerous? If you follow these guidelines by the SIDS charity lullaby trust you can feel secure knowing you will be co-sleeping safely.

The guidelines for safe co-sleeping include:⠀

Creating a safe sleep space for co-sleeping is important so if you do decide to co-sleep do consider the following to optimise safety whilst you all sleep as a family together. ⠀Babies should sleep on a clear, firm &  flat sleep surface. Super easy to achieve in a cot or Moses basket but not so easy in your bed. ⠀

Mothers who decide they want to co-sleep should only do so if they are exclusively breastfeeding. Studies have found that mothers of babies who:⠀

😴Keep pillows cushions or loose blankets and sheets away from your baby. Any items that could obstruct the baby’s airway or breathe or causes overheating.⠀

😴Follow all safe sleep advice such as placing baby on their backs to sleep. ⠀⠀

😴Be sure to make sure baby cannot fall off the bed or slip between the mattress & the wall or headboard.⠀

Co-sleeping/Bed Sharing is unsafe & shouldn’t be practised if either parent sharing a sleep surface with an infant is: ⠀

🥂Consumed alcohol or drugs or 💊medication that induces drowsiness⠀

If a parent is excessively tired ⠀

🛋NEVER co-sleep on a sofa or armchair this increases risk of SIDS by 50 times according to the lullaby trust. ⠀

Who co-sleeps or co-slept with their little one? 🙋🏽‍♀️ I did!!

Let me know your thoughts on co sleeping in the comments